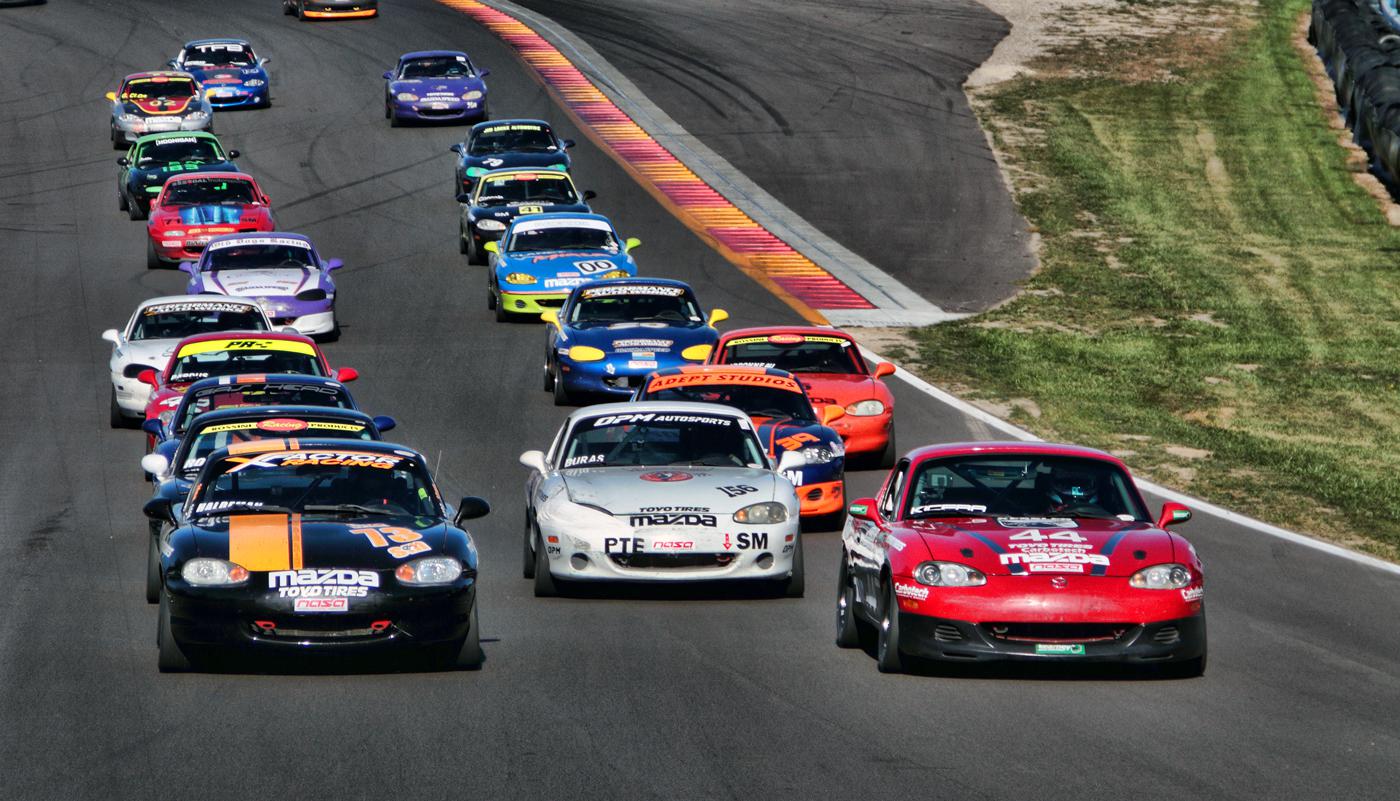 The PRI/SEMA-backed Recognizing the Protection of Motorsports Act of 2021 is designed to safeguard the industry from government overreach and overregulation.

Fueled by a massive grassroots effort and bipartisan support among lawmakers, a bill critical to the future of racing is gaining momentum following its recent reintroduction in Congress.

The PRI/SEMA-backed Recognizing the Protection of Motorsports Act of 2021 (RPM Act), which was introduced in the House by US Representatives Patrick McHenry (R-NC) and Raul Ruiz (D-CA) on May 17, protects Americans’ right to convert street vehicles into dedicated race cars, as well as the motorsports parts industry’s ability to sell products that allow racers to compete. In doing so, it reverses the position of the US Environmental Protection Agency (EPA) that prohibits street car-to-race car conversions, along with the sale of parts that take a street vehicle out of compliance with broad-based emissions standards, even if that vehicle is track-only.

While the EPA points to the 50-year-old federal Clean Air Act (CAA) as the basis for its position, it was only in 2015 that officials began interpreting the law to include race car conversions.

That interpretation has sent a chill through the aftermarket, and it now has manufacturers, distributors, and retail businesses that sell parts for converted race cars fearing recrimination from federal regulators. Even manufacturers that market parts for dedicated, purpose-built race cars are worried that if their products make it onto an outlaw street vehicle, they could be subject to prosecution.

What’s more, just last year the EPA specifically said it was prioritizing “stopping aftermarket defeat devices for vehicles and engines” that override required emissions controls. Based on priorities of the current administration, enforcement actions are only expected to intensify.

“This is no way to treat a sector of the American economy that employs hundreds of thousands of people, generates billions of dollars in economic activity, and serves the needs of countless enthusiasts throughout the nation,” said Daniel Ingber, PRI/SEMA Vice President of Government and Legal Affairs. “The RPM Act will provide the racing community with certainty and confidence in the face of an EPA interpretation of the Clean Air Act that threatens to devastate an American pastime and eliminate jobs in our communities. That is why Congress must pass the RPM Act—now!”

Currently, 72 members of the US House of Representatives, from both sides of the aisle, had joined as cosponsors to the RPM Act (H.R.3281). Among the first to sign on was Rep. Bill Posey (R-FL), a longtime racer/entrepreneur whose roots in motorsports date back to 1962, when he purchased his first stock car at age 15.

Having bought and sold race tracks across 35 states over three decades, Posey has a deep understanding and passion for motorsports. And, in an exclusive interview with PRI this summer, he expressed in no uncertain terms the very real dangers facing our industry.

“We know that our government has a tendency to over-regulate, and more particularly to over-regulate the automotive field,” he said. “And we know they tend to be dishonest about it, as evidenced by the threat the RPM Act was initiated to defeat. The bottom line there is, if you don’t get interested in politics, you’re probably going to be out of business.”

Posey went on to explain that regulations, like those cited by the EPA, are enforceable as laws, even though they’re “made by unelected, unaccountable bureaucrats. Obviously, they [the EPA] weren’t authorized by any legislation to write that rule, but they did it anyway. And had it not been for SEMA, it would have been implemented…. The only thing we can do about a bad rule is pass legislation to counteract it.”

Spurred by a growing army of motorsports professionals and enthusiasts, the RPM Act in early June had already gathered 41 Republican and 17 Democratic cosponsors. It is next scheduled to be taken up in the House Committee on Energy and Commerce. A similar Senate bill will be introduced by the time you read this.

While this year’s version is not its first, the RPM Act of 2021 comes with unprecedented backing—some 1.25 million (and counting) letters sent to lawmakers urging its passage. The outpouring of support was made possible through coordinated efforts across the racing and performance industry to leverage all available reach and media.

PRI/SEMA will continue to keep the pressure on Congress to pass the RPM Act and encourage motorsports parts businesses and race tracks to support the effort to pass this bill into law. Individuals can help spread the word by including links on their websites, social media platforms, storefronts, and/or garages. Racing businesses can also rally their customers, employees, followers, and friends to act by using the assets found in SEMA’s digital toolkit: sema.org/rpmtools. They are also encouraged to join the conversation on social media using the hashtag #SaveOurRacecars.

In addition to turning up the volume on this critical issue, the goal has been to help educate legislators on the importance of shielding motorsports from government overreach.

“Look, there are threats to the racing industry, political threats to the racing way of life,” explained PRI President Dr. Jamie Meyer, speaking recently of the need for continued advocacy on behalf of the RPM Act. “When you talk about economic impact, of people’s lives that racing brings joy to, the American tradition of going out to the races—those simple reminders are often all it takes to get a little bit of movement in a political stance.”

While the RPM Act awaits its next steps in Congress, there are measures suppliers can take now to better protect themselves from EPA enforcement. PRI, in partnership with the SEMA Action Network, has put together the following guidance for companies that manufacture or sell parts for competition vehicles:

In the meantime, PRI/SEMA will continue leading the fight against the EPA’s overaggressive legal interpretations and enforcement tactics in the courts, legislatures, and regulatory agencies.

We are determined to pass the RPM Act to correct the EPA’s misinterpretation of the Clean Air Act and allow racers to modify street cars into racing machines. PRI/SEMA also has challenged the EPA in federal court on the assertion that a motor vehicle cannot be converted into a full-time race car. While the court did not address the issue directly, it did offer positive statements regarding the government’s burden of proof in such cases. Absent passage of the RPM Act or the EPA changing its position, this first-of-its-kind legal challenge is likely not the last.

PRI/SEMA is leading the fight against overaggressive EPA enforcement, too. We are asking the Office of Management and Budget, which oversees the regulatory process, to review and reign in the EPA’s use of unannounced site visits, government agents making over-broad or threatening statements, onerous demands for information, extortionate settlement demands, and other fear tactics employed by the EPA.

PRI/SEMA will continue to oppose EPA overreach and protect the industry. But we need your help. Visit semasan.com today to learn more about how you can join the fight to save our race cars. 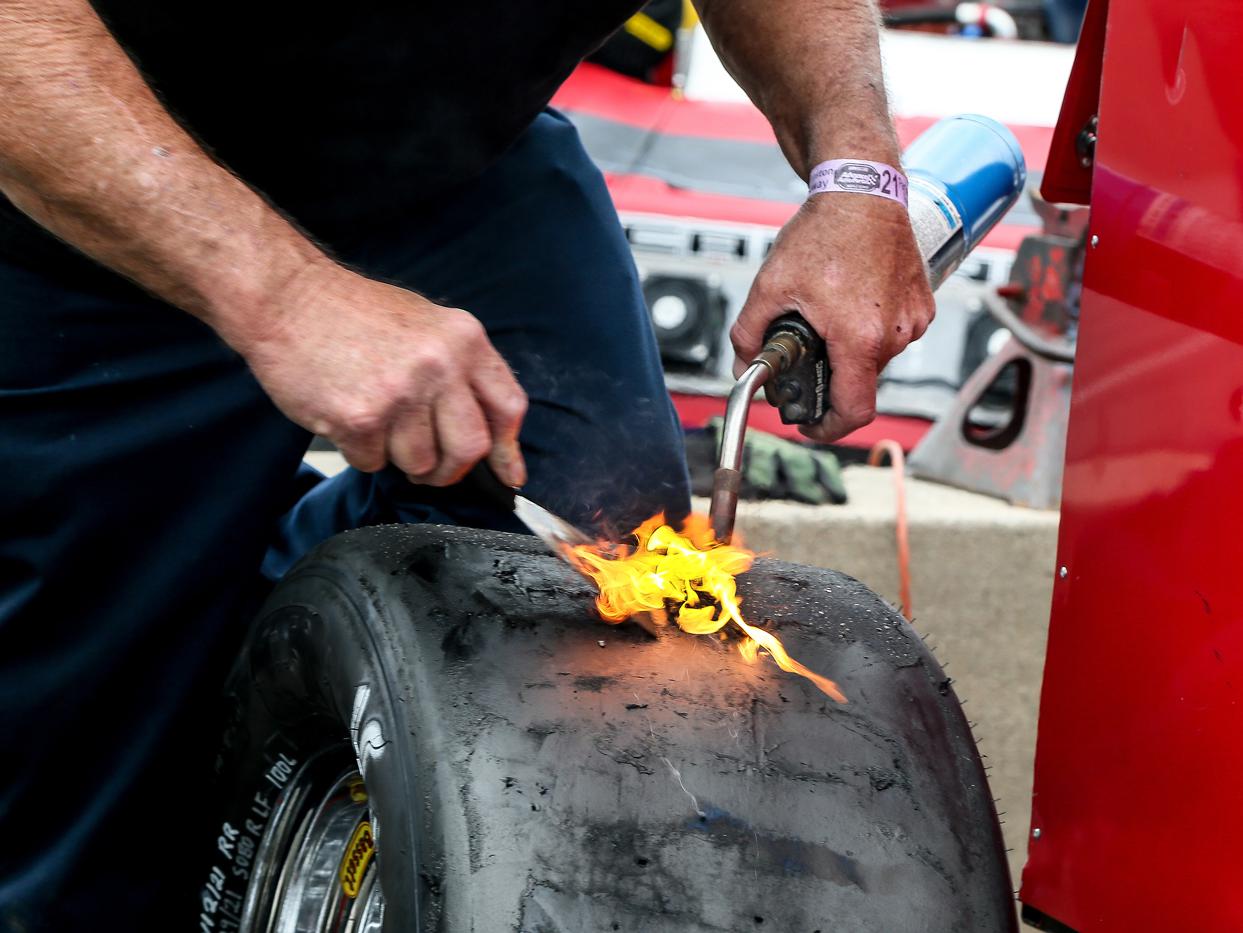 Manufacturers, tracks, and sanctioning bodies are working through a tire shortage resulting from a scarcity of labor and supply chain disruptions. 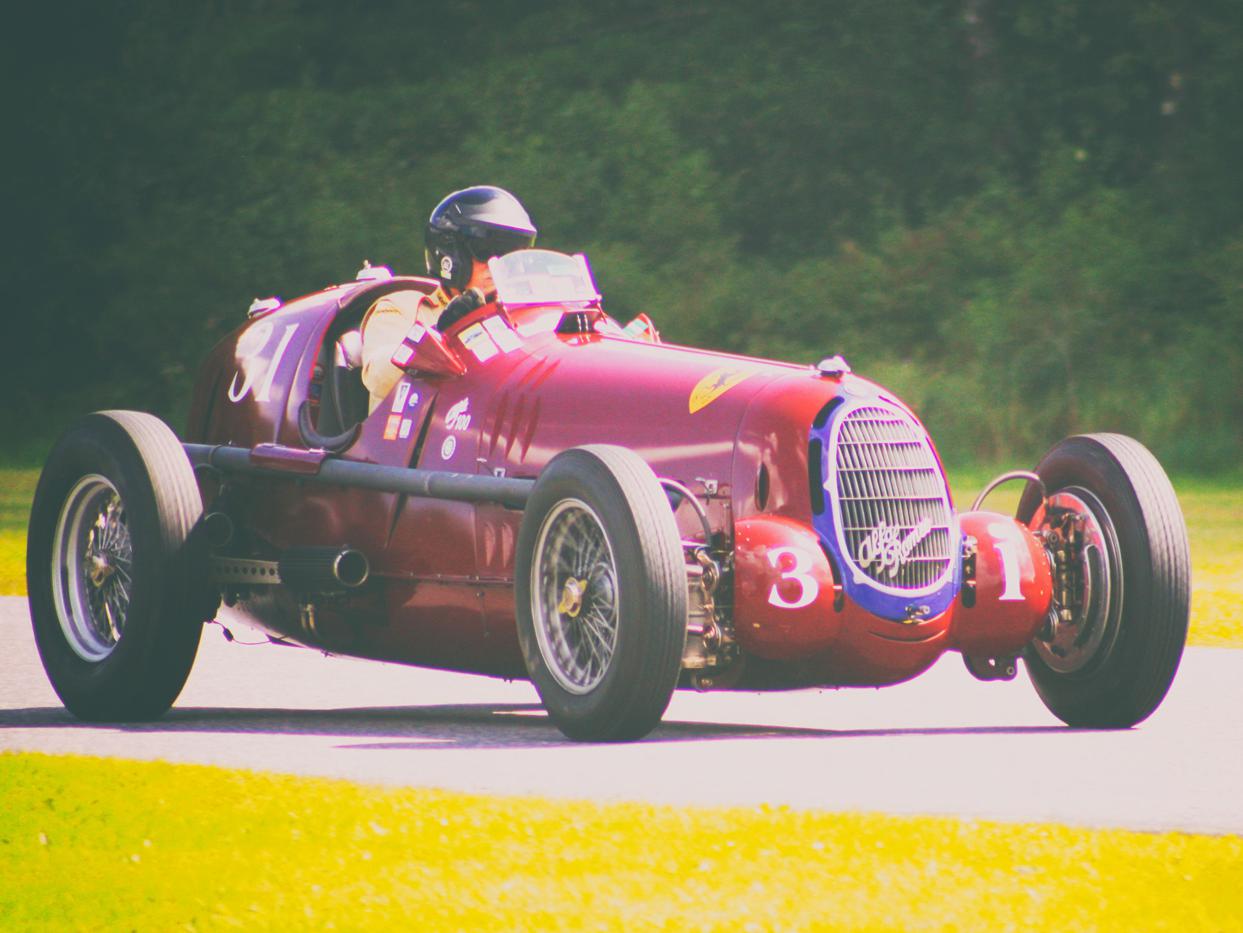 Led by veteran racer JR Mitchell, this Connecticut Operation provides storage, hauling, repairs, and more for some of the finest race cars dating… 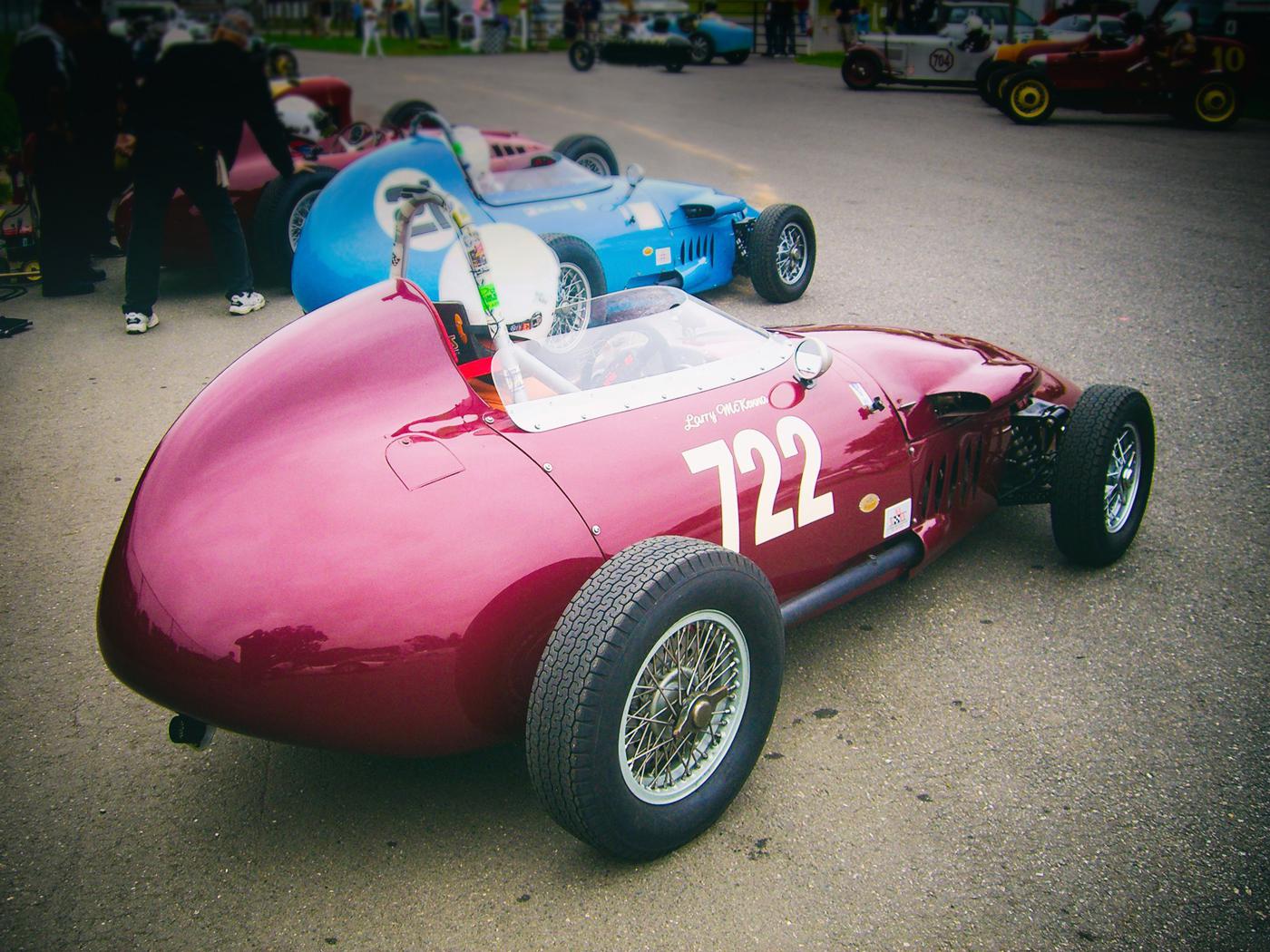